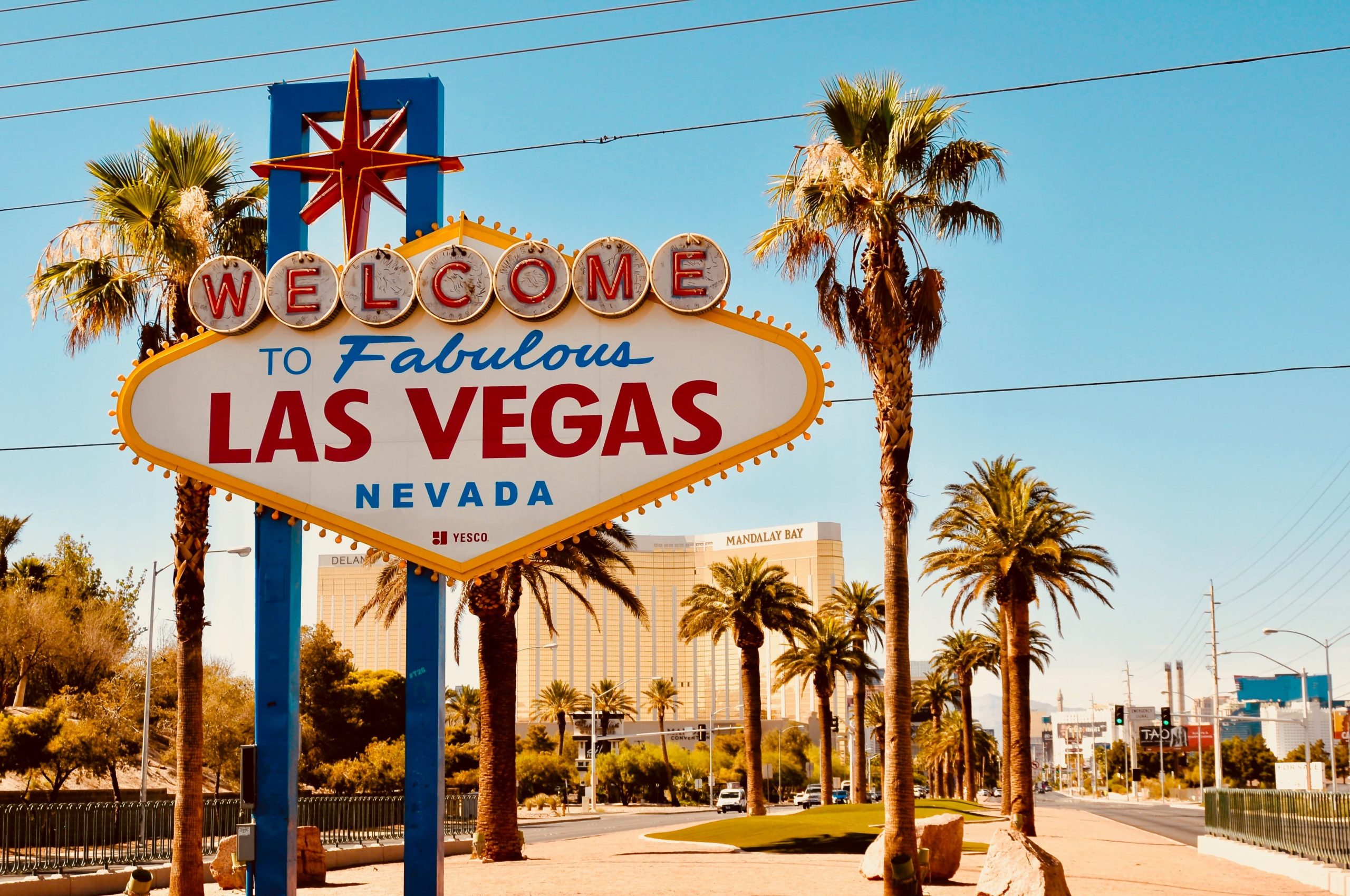 The travel media landscape is still packed with stereotypes about destinations and inappropriate advice for travelers. | Photo by Grant Cai on Unsplash

It’s Time to Turn the Tide on Travel Writing Tropes

As a commercial travel writer, I often found myself in heated debates. A resident of Las Vegas, I ended up as an “expert” of sorts on the city and was frequently asked to write travel-related content about it. It was a unique niche — a resident’s perspective on a popular travel destination – but many assignments came with a tussle with an editor: I wanted to write about the “real” Las Vegas; they wanted me to uphold stereotypes about the city (and if there’s a city shrouded in stereotypes, it’s Las Vegas).

No, Las Vegas isn’t all about gambling and slot machines. (Slot machines have actively been removed from gaming floors for several years.)

No, downtown is not grimy and dangerous. (The late Tony Hsieh invested heavily in downtown revitalization, and it is a thriving community.)

No, it is not appropriate to characterize the Fremont Street area as “Glitter Gulch” anymore. (That name might be catchy, but that’s what it was called before the Las Vegas Strip was erected.)

I wrote hundreds of articles about Las Vegas. Editors would twist my words to play on stereotypes and clichés. I would respond that these were inaccurate assertions. And far too often, they responded with something along these lines: “But that’s what readers think of when they hear ‘Las Vegas.’”

This might be what people think of Las Vegas, but that doesn’t make these things true. And, I pointed out to my editors, by continuing to publish common tropes like this, not only do travel publications do Las Vegas a disservice by inaccurately describing it, but this content reinforced stereotypes of the city, which then influenced the way people approached the city when they visited. In other words, travel media is largely to blame for why people think about Las Vegas the way they do.

Part of my job as a Las Vegas travel writer ended up being an evangelist for reality. Article by article, city guide by city guide, publication by publication, I chipped away at the often inaccurate depiction of the city. In one case, I entirely wrote a guidebook I was only supposed to update because it was so laden with dated stereotypes it didn’t even resemble the city I lived in.

But, more than five years later, the stereotypes still abound. I noticed that a couple months ago, Fodor’s published an article titled “Skip the Slots the Next Time You’re in Vegas. Dive Into One of These 11 Thrilling Outdoor Adventures.” The article uses gambling as a teaser to the article (“Sick of hitting the ATM? Step away from the casino … “), but the balance of the article is devoted to the vast array of outdoor activities in the area.

It is a classic example of travel media leaning into stereotypes as clickbait, and it needs to stop. This kind of travel writing is predictable, lazy, and upholds narratives that inaccurately represent places.

Unfortunately, this kind of portrayal isn’t limited to how destinations are depicted. It also seeps into shaping travelers’ expectations and behavior.

A case in point: I was recently asked to contribute the text for a “responsible tourism” section of a guidebook. The (summarized) brief was as follows:

We like to think that <redacted> guides are distinctive due to the effort our authors go to point out ways for visitors to ‘give something back’ or ‘travel positively.’ This goes beyond pointing out that giving sweets and pens to children can be harmful and extends to our commitment to supporting local charities. … One of the most effective things travelers can do in developing countries is to drop off their unused first-aid supplies, toiletries, unwanted clothing, batteries, etc., at one of these places just before returning home.

Unfortunately, I’m not surprised this nonsense is being trotted out in present-day guidebooks, but I am disappointed. Instead of holistically considering traveler responsibility and thoughtfully using this real estate to educate readers, this guidebook publisher doubles down on stereotypes of “developing” countries and encourages saviorism.

This is the messaging perpetuated by today’s popular travel media — from guidebooks and travel articles to blog posts and social media content — that lands in front of thousands of would-be travelers every single day.

Travel media is the conduit through which countless people receive travel-related information. This shapes their understanding of places and people, and how they should act and behave with others when they leave home. With messaging like this, the tourism industry shouldn’t be surprised when people arrive in places led by their egos and are inappropriately prepared to respectfully interact with the spaces and people around them.

While there have been some strides in addressing the harm caused by travel media in recent months, we are still a long way out from editors, writers, content creators, and all stakeholders across the media landscape embracing responsibility for their part in upholding destructive tourism practices.

But this isn’t only on the shoulders of travel media. We all have a part to play in helping turn the tide on harmful travel writing tropes.

Push Back on Stereotypes and Clichés

When you see these tropes, call attention to them by alerting writers and editors. If possible, use this as a learning opportunity to explain why this kind of terminology and approach is harmful. And, if appropriate, offer a suggestion on how the messaging/terminology can be edited so it’s more accurate.

At the same time, don’t reshare this content. This rewards clickbait and harmful practices, and perpetuates these tropes. (You may have noticed I didn’t link to the Fodor’s article above; that is because I don’t want to drive traffic to it. And, yes, I pushed back on the “responsible tourism” assignment; my completed copy focused on respect for the environment, local people, and the local community, and mentioned nothing related to charitable giving.)

There is a tendency for travel writers and content creators to pass off responsibility to others when they misstep. Writers often say that editors wrote headlines or inserted errors into copy, and hosted content creators often feel beholden to their hosts to reinforce a certain narrative.

These excuses have to end.

Media across all channels and on all levels — from social media influencers to senior editors – must be held accountable by the tourism industry in general (just as travel media needs to hold destinations and service providers accountable). I appreciate that writers and creators don’t want to burn bridges and that their compensation is not nearly high enough for the work they do. However, they are a critical part of the tourism ecosystem, and they must make an effort to ensure their contributions within it don’t work against the goal of creating a more transparent, honest, equitable, and sustainable industry.

Editors and publishers may be the ones who ultimately decide to publish, but they can be influenced. Their job is to please advertisers and get eyes on content, but they also don’t want to put their publications under scrutiny for the wrong reasons.

Writers and content creators often think they can’t be involved in the editorial process, but that’s simply not true. I had an editor tell me once: "Many editors are proud generalists, and it's impossible to be perfectly well-versed in every single topic. As a result, we rely heavily on the expertise of writers. You're out on the frontlines; we're not."

Travel writers: Does it take extra time to ask editors to run headlines, captions, and edited copy past you before it’s published? Yes. But, most editors are willing to do this if you alert them to your interest early in the process.

Travel media is not just a passive form of entertainment; it has real consequences and can persuade people to act in certain ways. It is highly influential and a pivotal piece of decolonizing the tourism industry. If it is allowed — and even encouraged — to continue as is, the tourism industry as a whole will stall in its efforts to create an ecosystem where local people are centered, places flourish in their perfect imperfection, and travelers are appropriately prepared to interact within this new model. 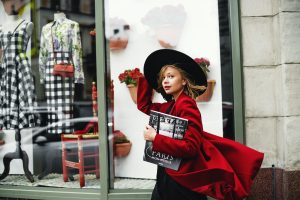 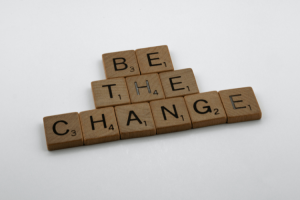 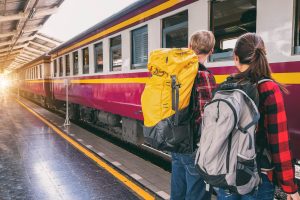 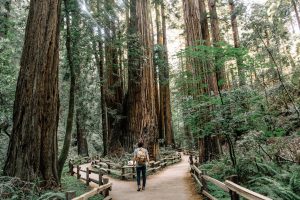