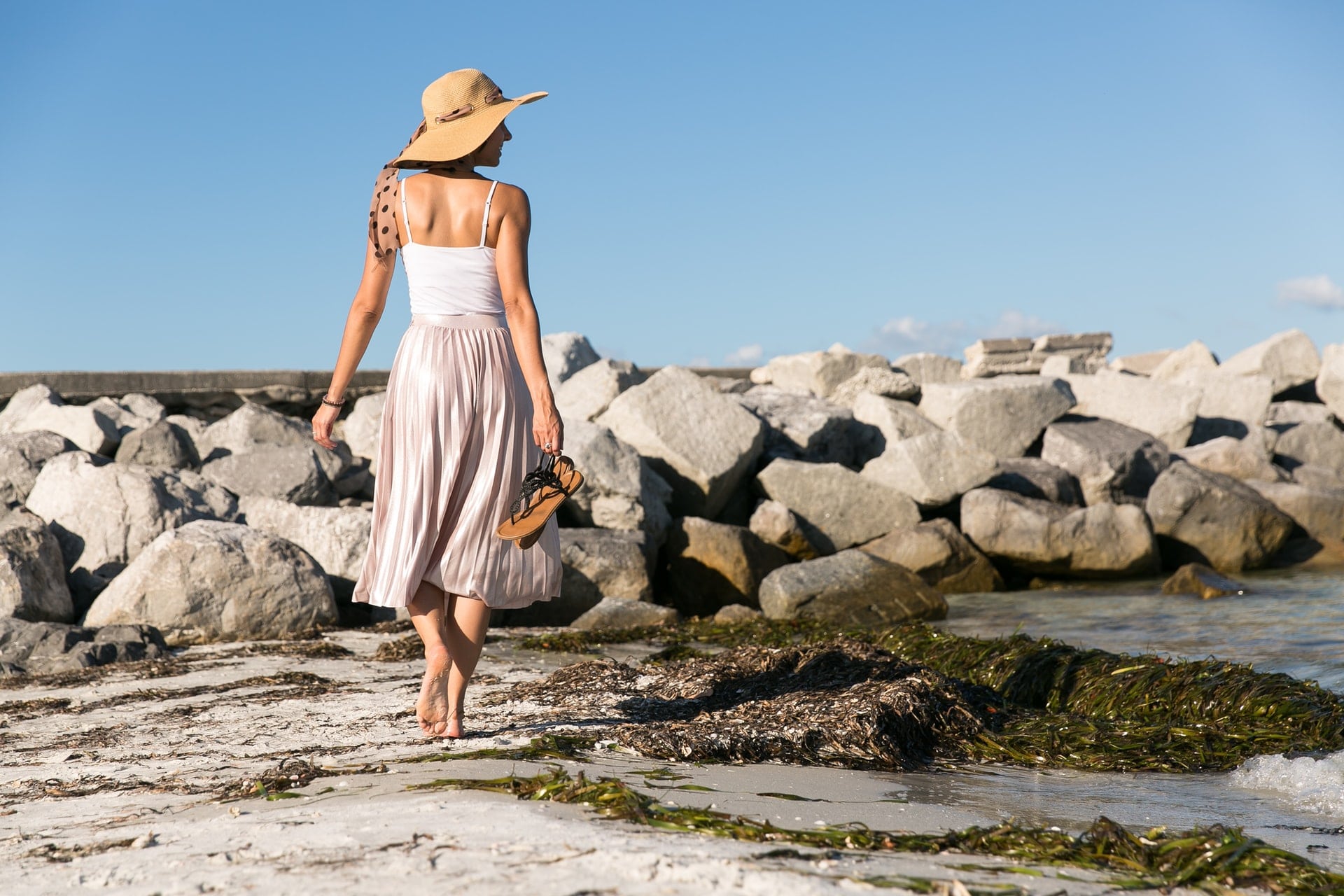 In an evolving era of tourism, perhaps it's time to rethink how influence is measured. | Photo by Amelia Bartlett on Unsplash

Travel Influence(rs) and the Need to Rethink Measurement and Value

Travel is back — and travel influencers are too.

And now that travel influencers are back, the ongoing conversation about how to deal with them has picked up again.

A lot of data shows that “official” influencers have considerable sway over people who view their curated content — where they’ll visit, what they’ll do once they’re there, and what backdrops they, too, will try to capture while on holiday. But they also have a bad reputation at times.

It seems many travel brands once again feel compelled to use them. Yet, some are repelled by what they do, how they represent destinations, and the homogenous, sanitized stories they tend to share. Today, they’re navigating these feelings of apprehension with a new understanding of tourism’s impact on people and the planet.

As the delivery of travel experiences evolves, where do influencers fit in? As the tourism narrative begins to embrace complexity and moves beyond two-dimensional backdrops, what can influencers do to enhance this message? And, as the tourism industry shifts toward a more meaningful and robust model of tourism, how should the expectations and role of influencers shift in response?

At a basic level, the role of influencers has traditionally been a quantitative one: How many people will take action based on their recommendation? Measurement of influence includes metrics like reach, impressions, and engagement (such as how many people “like” or “share” a piece of content). There is a certain amount of awareness building and education, but the ultimate goal in the tourism context is generally to encourage people to book a trip, travel to a destination, stay at a hotel, or visit a certain restaurant.

In justifying their value in this new era of tourism, influencers continue to point to quantifiable benchmarks: “The video went viral, amassing 1.7 million views, 190.6k likes, and 1,107 comments,” notes an example in this recent CNN article about how travel influence is back.

But, as the tourism industry rethinks the way it delivers travel experiences, are these quantitative benchmarks what it’s truly trying to achieve now? Views, likes, and comments? (It’s worth noting these include comments like this one from September 27, 2020 left on that viral video: “Please let’s not share our small area that is still trying to overcome COVID. Literally we are swamped❤️come when we’re healed.”)

If the answer is no, it might be time to reimagine who is considered an influencer and what role they play in the future of tourism.

How do we measure what really matters?

A lot of recent conversation in the tourism industry has revolved around the shift from quantity to quality of visitors. It’s a central pillar in the Future of Tourism’s Guiding Principles and it’s at the heart of why destinations like Venice are restricting the number of visitors.

Other destinations have been more explicit in defining the type of travelers they’d like to attract: "Visitors who respect Amsterdam and the people of Amsterdam have always been welcome and will, of course, remain so,” noted a recent statement by Amsterdam’s city council. "Visitors who treat our residents and heritage with disrespect are not welcome. The message we have for them is: don't come to Amsterdam."

Destinations like Venice and Amsterdam don’t want to close the door on travelers altogether. They certainly recognize — like the tourism industry as a whole — that tourism is a vital part of their community fabric. However, tourism is only one tool among many that supports sustainable growth and holistic care for the people who live there.

Additionally, there is a greater appreciation that tourism is a gateway for talking about complicated issues like the climate crisis and Indigenous rights. It’s a way to address the harm tourism has caused in the past and model more responsible ways it can exist going forward. It can disrupt sanitized narratives and inappropriate traveler expectations and replace them with varied storylines, diverse storytellers, and experiences that don’t center travelers.

These are vitally important aspects of a more equitable, honest, and nuanced model of tourism. Yet their complexity defies traditional measurements.

So the question is: As the outlook across the tourism industry takes these perspectives into consideration and begins to shift its focus from quantity to quality, why are “successful” influencers still held to quantifiable standards?

Is traditionally defined influence at odds with an evolving industry?

At a recent tourism conference, I had the chance to speak with the creators of a tool that makes it easy for influencers to capture their content and display campaign statistics for a host. It’s a lovely tool that looks nice and creates a nice package for both campaign hosts and would-be hosts that influencers are trying to woo. But, unsurprisingly, the tool is very data-driven.

I asked the developers how their tool captures the non-quantifiable impact of a campaign. Say an influencer visited George Floyd Square in Minneapolis, I posited. How can they measure conversations they have about race relations and police brutality as a result of that visit? How can they measure ripple effects from these conversations — whether someone chooses to vote, donate money, or become involved in community activism, for example?

None of these things specifically drives visitors to Minneapolis from a tourism perspective, yet each of these things is indicative of the power of tourism in building greater awareness and encouraging action related to global, societal challenges — whether or not they ever visit this specific destination.

One of the developers suggested influencers could broach the issue of race in a caption. Or they could record the conversation or make a video of it to share with hosts to prove it took place. However, he said, this is “just one conversation” and not really a big deal when it comes to influence or what hosts care about.

I disagree. Not only is recording such a conversation inauthentic in its format, but it greatly simplifies the long-term, potential impact of organic conversations, interactions, and encounters. It doesn’t consider changes in expectations, behavior, or action. And, it doesn’t account for the influence that the “average” person has without ever even documenting their travels on social media.

Is it time to redefine the subtleties of travel-related influence?

Influencers have started zipping around the world again, and many of them are falling back into the habit of posting curated content from hosted trips without any acknowledgement of the greater world we live in.

They’re taking to the skies in record numbers without noting the carbon emissions they’re contributing — or, worse, shrugging it off as “part of the job.” They are visiting destinations heaving under climate concerns while making the most of the “bad weather.” And they are posing for photos with their bubble tea in single-use plastic cups.

Presumably these particular travel brands are thrilled with the content they create or they wouldn’t host these influencers.

But we clearly live in a highly complex and interconnected world. And when hosts, other tourism professionals, and travel content consumers approve of this content with “likes” and “shares” without expecting more context or a holistic package that demonstrates sustained understanding of tourism’s part in the wider global fabric, they reinforce and reward a content creation ecosystem that defines influence strictly in quantifiable terms.

As marketing campaigns rev up again and influencers get back to work, this seems to be the nuance we’re failing to recognize in the tourism industry. I also assume it’s a nuance that more progressive travel brands would be eager to disrupt, if their marketing and sales teams recognized not all value is quantifiable.

Certainly, real people have pinned their livelihoods on visitors showing up and spending money in a destination. But if the tourism industry is truly invested in shifting toward a more holistic, collaborative, and qualitative way of operating, it’s time to revisit the role of content creation and curation, and if and how influence is considered “successful.” 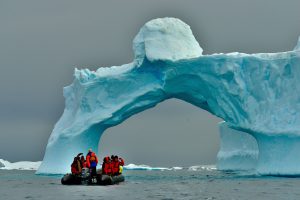 What if the Best Solution is Not to Travel at All?

Despite slow but significant changes to tourism, some places may benefit from no travel at all. Is the industry willing to go there? 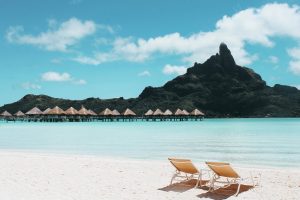 Subjective travel content can be used effectively, but there are often better ways to entice people with written and oral communication. 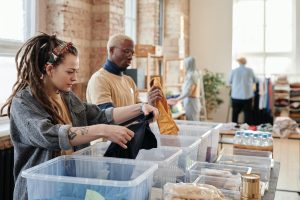 Tour companies are touting ways for people to “give back” while traveling, but it’s not clear what that means or if it serves communities. 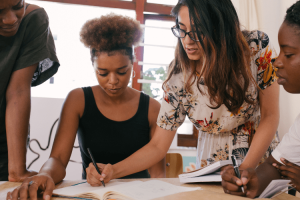 Why a Transparent Sustainability Journey is Important in Tourism

Sustainability goals in tourism should be made public for accountability and so others can learn from the process. 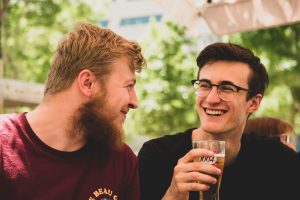 An active dialogue requires that people listen to what others have to say. But “listening” is not the same as simply being present.